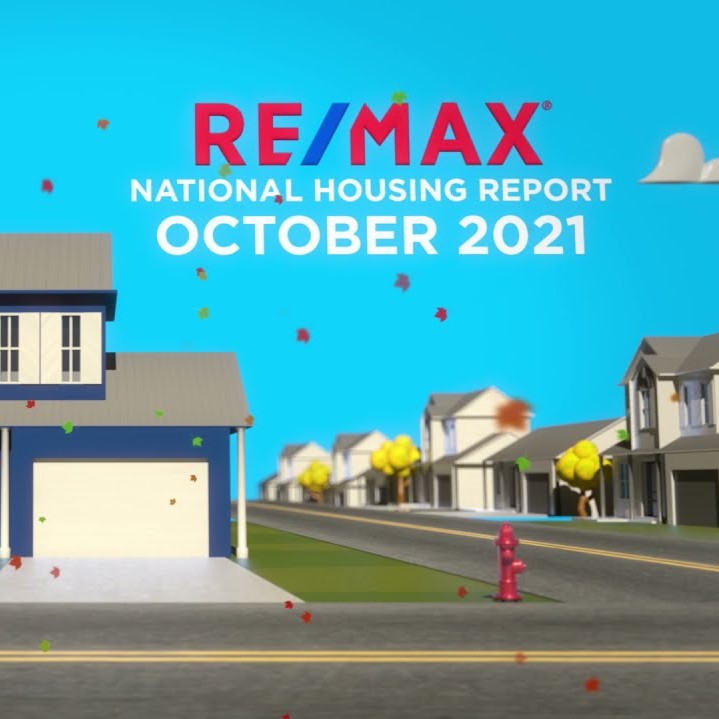 Pinched between a steep median sales price of $336,000 and record low inventory, October home sales tumbled 6.4% from September – almost double the typical seasonal decline. September had near-record sales, which also contributed to the steepness of the month-over-month sales decrease.

October’s inventory dropped 12.7% from September to the fifth-lowest level in the report’s 14-year history, and October’s 1.3 Months Supply of Inventory tied for second lowest in report history, alongside July and August of this year.

“We’re seeing the effects of a long, sustained run-up in prices and month-over-month home sales and the market may be moving past the days of immediate sales, multiple offers and bidding wars on virtually every property,” said Nick Bailey, President, RE/MAX, LLC. “That’s OK. The October dip in sales, especially after such a busy September, is a step toward a more balanced market and was somewhat overdue.

“Home buyers may see some relief in price appreciation during the coming months, even as sales levels stay high. Sellers remain in a very strong position, but with price stabilization and the continuation of competitive interest rates, buyers may find the coming months to be more advantageous than anytime earlier this year.”

September-to-October averages for 2015-2019 illustrate what’s typical in the fall. With just two months of home sales remaining, the fall of 2021 is mirroring seasonal norms in many ways, unlike 2020, but the lack of inventory amid strong demand is exacerbating those moves. For example, the drop in home sales of 6.4% from September was nearly twice the 2015-2019 average decline of 3.3%. Year over year, sales were down 10.2%.

Also, reflecting both the number of homes coming on the market and the speed of sales, the 12.7% month-over-month drop in active inventory was more than double the 2015-2019 September-to-October average decline of 5.3%. Inventory was down 28% year-over-year and has declined month over month in all but June and July this year.

Highlights and the local markets leading various metrics for October include: