Have you noticed how some “housing experts” say that demand is “overwhelmed by supply” while others throw out estimates of an “excess supply” of over three million homes? Yet, buyers keep saying how there‟s nothing to choose from? Worse yet, when they do finally find a home they want, they often submit an offer only to find that theirs is one of multiple offers the seller‟s received! Do you have a bidding war and multiple offers in your market on any listings? What‟s going on? How can in- ventory be high with slim pickings and multiple offers? According to one study, although listings may be up from January-which is true every year due to the annual winter hibernation of the housing market-on-market inventoryand new listings, are actually down from this same time last year. The study continues, “every „major market‟ except Las Vegas has less listings than this time in 2010”! Moreover, new listings of non-distressed homes, which are more frequently well-kept and owner-occupied (i.e. the kind of home that most non-investor buyers are interested in), are falling over twice as fast as bank-owned (REO) listings. Where all the listings are hiding? -Jack

From the study, “If we don‟t start to see more listings from owners who have the equity to put their homes on the market, prices of increasingly rare non-distressed listings seem likely to stop falling soon, just due to basic supply and demand. Of course, that claim leads to the big ques- tion: howsoon?” Although supply and demand are the primary drivers of the real estate market, prices seem to react to these inputs with ice-age speed. When the bubble was inflating, it took over a year of declining sales and increasing inventory before prices peaked and began to fall, and although on-market inven- tory has been declining since mid-2008, the slow recovery of sales along with a shift in psychology away from home ownership has delayed the turnaround of prices (and this isn‟t even considering all the government intervention!) As Calculated Risk recently pointed out, home prices are not far above their historic lows, although it‟s a pretty safe bet that we‟ll have a bit of an overshoot on the downside, followed by at least a few years of flat prices (which is down when inflation is factored in). Foreclosures are still quite high and will likely take three to five years to work through, but growth in both the beginning and the end of the foreclosure pipeline seem to be backing off their 2010 peaks. The worst seems to be behind us on that front. Every region has different dynamics, but with generally lousy selection, slowly recovering sales, and year‟s worth of foreclosures to work through, where does that put us today, and through the end of this year? Barring some unforeseen economic events, some believe that home prices will likely stop falling by this time next year, while others expect prices to end the year higher than where they are today. Sales will continue their slow increases, foreclosures will be slowly but surely absorbed (many by all-cash investors), and hopefully, non- distressed sellers will begin to return to the market. In the end, nobody is able to perfectly time the market, and no matter where anyone thinks the bottom is, they‟re probably wrong. Is buying a home today less risky than it was five years ago? Absolutely. Will buying a home ever be a risk-free proposition? Unfortunately, no.

Did You Know………that while gloom and doom about the housing market dominate the news, it may be overlooked that it might be a great time to buy! In a recent survey, 64% of respondents say that they think it‟s a good time to buy a house. We all know the average median house price is down almost 10% from its peak in 2007, take a closer look at the attachments to this week‟s Newsletter at when homes have been at their cheapest. 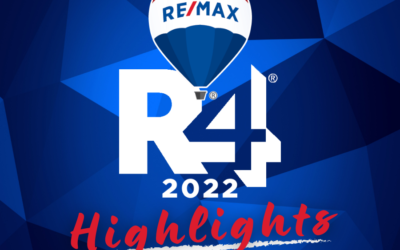