DENVER – Fewer sellers, fewer buyers: The first full month of coronavirus stay-at-home orders weighed on April home sales, causing them to drop an average of 20.2% compared to a year ago. Inventory in the report’s 53 markets similarly tumbled by 20.5% year-over-year, while the Median Sale Price of $276,000 was up 9.3%.

“April results were better than many expected, as consumers continued to buy and sell real estate in one of the most challenging months for housing in memory,” said Adam Contos, RE/MAX CEO. “This was a headwind like no other – yet we still saw activity across the country. Even in the markets that dropped 40% in sales, people wanted or needed to move, which says something about resiliency and the power of homeownership.”

Contos continued, “We believe the coronavirus and the measures to slow it pushed the spring selling season back a bit. But we believe buyer demand remains relatively strong despite the pandemic, and sellers who pulled their listings in March or April will hopefully come back into the market this summer. Others may start the process after being stuck in a home that no longer suits them. Both groups could help alleviate the inventory challenges we’ve faced for quite some time. Moving forward, agents who’ve adjusted their business strategies are positioned for success in the more virtual environment.”

Like March, April is a transition month toward peak home sales in the summer. In a typical year, the busiest month is often May or June, with July and August being close behind.

Days on Market dropped seven days to 46 year over year, setting a new low for April in the report’s 12-year history. By contrast, Months Supply of Inventory grew from 3.0 to 3.5.

The Median Sales Price of $276,000 also was a report record for April.

The number of homes for sale in April 2020 was down 2.2% from March 2020 and down 18.2% from April 2019. Based on the rate of home sales in April 2020, the Months Supply of Inventory increased to 3.5 compared to 2.9 in March 2020, and increased compared to 3.0 in April 2019. A six months supply indicates a market balanced equally between buyers and sellers. In April 2020, of the 53 metro areas surveyed, five metro areas reported a months supply at or over six, which is typically considered a buyer’s market. The markets with the lowest Months Supply of Inventory were Albuquerque, NM at 1.2, Omaha, NE at 1.3, and Manchester, NH at 1.4. 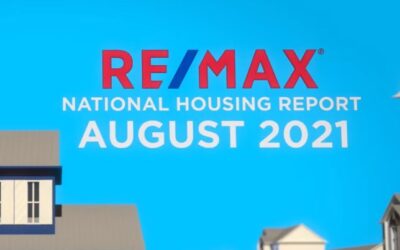